Lives depend on us! – Peter

Lives depend on us! – Peter 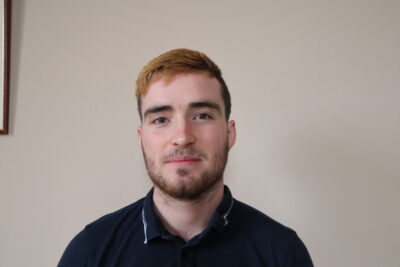 “I got involved in the pro-life movement because I want to highlight the importance and value of life especially in light of the new legislation which allows for abortions in some cases throughout all nine months of pregnancy. I wasn’t able to vote in the referendum as I was too young, but this only motivated me further to stand up and fight for the Right to Life of all human beings, born and unborn.

As a member of a large family, I have first hand experience of the beauty of life and the joy and happiness that comes with a newborn. The abortion lobby managed to deceive many young people during the referendum campaign, by focusing on the ‘right to choose’ rather than on the reality of abortion, and the agenda which decides arbitarily and essentially, on the day, who gets to live and who doesn’t, based on an ageist, discriminatory and abelist premise that some lives are less valuable than others.

Especially problematic and harrowing was and still is, the concept of perfection – the idea of ‘the perfect baby’ and I think this leads society down a very dark and horrific path in which babies with any perceived defects and flaws are not given the chance of life, a gift that should never be refused to anyone regardless of any so-called ‘flaws’.

The law now seems to argue, and proponents of it even advocate, that life is not meaningful or worthwhile if the baby has a perceived flaw – I would strongly argue the contrary and state that babies who were born and grew up with so-called flaws have highlighted for me the qualities of perseverance and resilience to not allow anything to stop them striving to live the most meaningful life that they can. Flaws do not restrict dreams and I strongly believe that this is the message that we should be promoting especially among the young people who seem to take a very relaxed and somewhat ignorant approach to what is going on and just let it happen without really questioning it.

Social media plays a massive role in influencing and shaping people’s views on contentious issues especially abortion. Censorship, which restricts a certain viewpoint is frankly unjustified and poses a problem to those who wish to express their freedoms and promote a pro-life viewpoint which is not anti-women or anti-life in any capacity but rather strives to uphold the dignity of all life from conception to natural death.

With many pro-life TDs and Senators standing up for life in Ireland, I urge that everyone shows their support and gratitude for these strong voices who stand up for this right – it really highlights that this cause and fight is far from over and that we are only rebuilding and becoming even more rejuvenated in our efforts to hopefully change the tide completely towards a pro-life society in my lifetime, where every human being, without distinction of any kind, is protected and cherished equally before the law. I truly believe that my generation and generations to come have a massive role in achieving this goal and I personally won’t stop fighting until that goal is reached. Lives depend on us!”