“Two years since the abortion referendum and the narrative is still the same” Gavin Boyne, Students for Life

“Two years since the abortion referendum and the narrative is still the same” Gavin Boyne, Students for Life 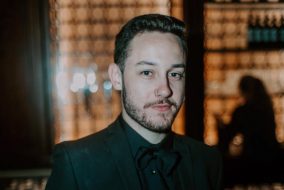 Two years ago this week two thirds of the electorate voted to remove recognition of the right to life from the constitution. The divisive referendum campaign and the debates which followed as the abortion bill was rail-roaded through the Oireachtas will stick in our minds for years to come. The slogan of compassion from the yes side arguably decided the result of the referendum. However, two years on and we haven’t seen compassion materialise.

Something that former Taoiseach John Bruton noted in the aftermath of the referendum was how the language used by pro-choice politicians showed a total disregard for the third of us who voted ‘no’. The word compassion was used to imply that anyone who had any concerns about the legislation manifested the opposite of compassion – cruelty and judgmentalism. The use of the term ‘safe zones’ by Leo Varadkar and Simon Harris in reference to their plans to ban pro-life vigils and protests is again intentionally designed to depict the seven hundred thousand people who voted ‘no’ as dangerous people, who you need to be protected from. I think it is very unfair to depict pro-life people in this way – our motivations are compassionate and genuine, in my case, for example, I’m am passionate about this issue because the Eighth Amendment saved my life in 1998.

The slogan of ‘choice’ was also quite popular two years ago, yet since the referendum passed I’ve heard many stories of women with unplanned pregnancies who feel as though they have no choice other than abortion. Anyone who thinks this government is a champion in the area of women’s rights or in protecting the vulnerable need look no further than to the queues of women with buggies outside the Capuchin Day Centre in Dublin where Br Kevin is busy handing them packages of baby food and nappies.

This refusal on the part of the government to make any concessions to the pro-life side is petty. We still don’t have a government-funded perinatal hospice in this country, and all the bills that were moved to enhance modern holistic adoption were sidelined. Humane amendments to the abortion bill seeking to ensure that babies with disabilities would be protected, or that a baby would given pain relief prior to late term abortion were all defeated. The argument put forward by the government was that the people had spoken and that it had a democratic mandate, but I put it to you that two-thirds of the Irish population did not vote to deny unborn babies pain relief prior to late term abortion. That they did not vote to force pro life doctors into taking part in the organising abortions against their conscience.

The narrative that we saw in 2018 is still very much alive in these strange times. A few weeks ago when Mattie McGrath TD asked the Minister if he would amend the ethical guidelines on decision making in a pandemic to specifically protect people with disabilities the Minister refused to do so. There are parallels between what happened in 2018 – a government campaign to strip the unborn of their human rights – and what’s happened the past few weeks in nursing homes throughout the country where the government looked upon our vulnerable as if they were second class citizens, depriving nursing homes of staff, PPE and oxygen. In 2018 only fifteen TDs voted against the abortion bill when it came down to the final vote. In February all fifteen were re-elected to Dáil Éireann. It must be noted that on the nursing homes issue, many of the voices we now see fighting for the vulnerable are the same voices that did so in 2018, Deputies like Eamon O’Cúiv, Carol Nolan, PeterFitzPatrick, Peadar Tóibín, Mary Butler, Michael Collins and Mattie McGrath.

For the pro life student movement there is much reason for hope going forward. Pro life students are still as dedicated as ever to building a society where nobody is excluded regardless of race, age or ability. We have immersed ourselves in wonderful initiatives like volunteering with Special Olympics Ireland or fundraising for Hugh’s House, a wonderful organisation which provides free accommodation to the families of sick children in Dublin’s hospitals, to name but a few.

If we look to the history books, whenever human rights were under attack, and whenever the battle seemed almost lost, it was primarily student groups who spoke up and campaigned for justice through presenting the public with the truth of what was happening in secrecy. We intend to do just that, to constantly defend the rights of the baby in her mother’s womb, to highlight the plight of the lonely woman staring at a pregnancy test who does not want an abortion but feels as though she has no other choice, or the women queuing for baby food and nappies feeling abandoned by the state. We are the change makers now, and the changes we wish to bring about in our lifetimes will be truly compassionate ones.

Gavin Boyne, from Ringsend, is a 22-year-old student of Philosophy in Trinity College Dublin and spokesperson for Students for Life Ireland.