20.11.19 “Minister Zappone’s Endorsement of UN Declaration on Rights of the Child is Hypocritical” – Leanne Lynch

20.11.19 “Minister Zappone’s Endorsement of UN Declaration on Rights of the Child is Hypocritical” – Leanne Lynch 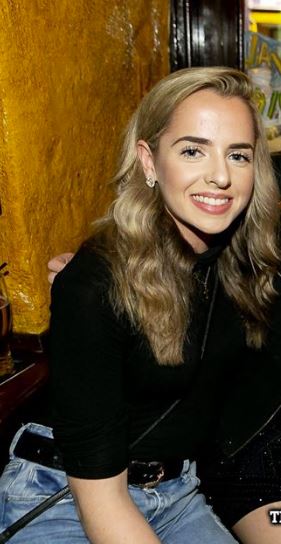 The Minister for Children and Youth Affairs, Katherine Zappone, has today been celebrating the 30th anniversary of Ireland’s ratification of the United Nations’ Declaration on the Rights of the Child. On this International Children’s Day the Minister has said that we must “renew our promise” of working to ensure the health and well-being of all children.

Spokesperson for Students For Life Ireland, Leanne Lynch, has said that the Minister’s statement is “hypocritical”, adding that “this nation has broken the promise we made back in 1990. The Declaration in question says that ‘the child, by reason of his physical and mental immaturity, needs special safeguards and care, including appropriate legal protection, before as well as after birth’. The Minister, by endorsing this declaration, must clarify how exactly she interprets “appropriate legal protection” given that her government opposed an amendment to the abortion bill last year which sought to ensure that babies be granted pain relief prior to late term abortion”.

Ms Lynch continued: “There is something deeply sad and hypocritical about the fact that our Minister for Children promotes abortion, and still feels it appropriate to celebrate a UN declaration which promotes “special safeguards” and “legal protection” for the child “before, as well as after birth”. Does she not see any contradiction here? Last week she was in Nairobi for a UN summit, which she attended with Irish Aid (managed by the Department of Foreign Affairs)”

“Students for Life Ireland would like to know if the Minister promoted abortion at the summit, and how much Irish tax-payer money is being spent on abortion in developing countries? Does her government believe that abortion is an appropriate solution to world hunger? Its interesting to note that when questions of this nature were asked of Senator Catherine Noone, who also attended the summit, she immediately blocked on twitter those asking the questions – pro life activists Cora Sherlock and Caroline Simons”

Ms Lynch concluded: “We are the ones who elect these politicians, they must not shy away from answering the question: How much of our money is being spent on the abortion of babies in developing countries?”