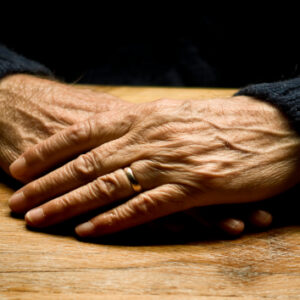 Students for Life oppose the increasing social acceptance of assisted suicide and euthanasia. This intentional form of ending someone’s life completely disregards that person’s dignity and right to life. It discriminates against the old, ill and disabled people. It offers death as a solution to life’s challenges. Challenges which can be greatly eased with the correct care and support from medical professionals and family members.

What is Assisted Suicide and Euthanasia?
Assisted Suicide is when a patient intentionally ends their own life with the help from another person. Euthanasia is when someone else intentionally takes the final action that ends the patient’s life, usually via a lethal injection or IV administration.
Isn’t it more compassionate to allow someone to die on their own terms without suffering?
Proponents of assisted suicide and euthanasia promise that people facing the end of life can die without suffering and with a dignity. One real way to honor a person’s dignity is to provide a dignified means of living. Trying to reduce or eliminate their pain instead of their lives is the most noble way to care for the patient. People don’t need to die to have dignity.
What implications does it have on society?

Once euthanasia or assisted suicide is legalised there is many implications for society. Elderly and terminally ill people may feel or are coerced to feel that they are too much of a burden for family members.

In countries with legal euthanasia, disability care groups have experessed concern that as euthanasia and assisted suicide become more common, it could put a pressure on those living with non-terminal conditions to end their lives.

The reality of Euthanasia and Assisted Suicide laws

Euthanasia and/or Assisted Suicide is legal in 10 areas or countries worldwide. These are Canada, Belguim, The Netherlands, Switzerland, Germany, Luxembourg, Colombia, New Zealand, 9 US states and 2 Australian states.

On 7th October 2020, a bill to legalise euthanasia and assisted suicide in Ireland, passed to the Second Stage in the Dáil by 81-71 majority.

The Netherlands
In 2002, it became the first country in the world to legalise euthanasia. It is legal from the age of 12, parental consent is required under the age of 16. It is also now legal for terminally ill newborn babies.

Belgium
In 2014, Belgium became the first country in the world to legalise euthanasia for children. There is no age limit for those seeking Euthanasia. There was a 12.9% increase in the number of euthanasia cases in 2019

For more information check out Hope Ireland, a coalition of medical professionals and disability rights advocates who aim to bring informed perspectives to the debate around euthanasia and assisted suicide in Ireland.