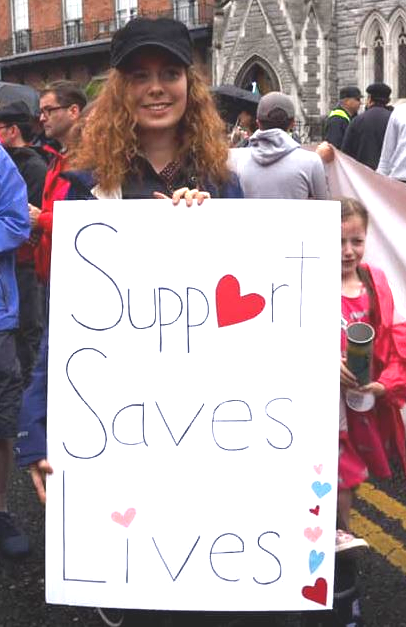 Students for Life Ireland have today welcomed clarifications from the Garda Commissioner that no incident of criminality has been reported from pro-life protests outside facilities where abortions are being carried out.

Spokeswoman for Students For Life Ireland, Una Mary McCarthy Deering, a qualified physiotherapist and student of law in UCD, said that the Garda Commissioner’s letter to the Health Minister is one of “common sense”, adding that “Students For Life Ireland have always been of the view that sensitivity is warranted during vigils outside abortion-providing clinics or hospitals, and that no woman should ever face harassment. We share the commissioner’s view that the existing legislation around harassment is sufficient and we believe that an introduction of ‘exclusion zones’ would be unconstitutional and undemocratic”.

“In recent weeks we have seen Minister Harris, and other abortion-promoters, use the phrase “safe zones” when discussing this issue. We feel that their language is carefully designed to depict pro life people like us as dangerous individuals. There is nothing ‘safe’ about abortion, it is the only medical procedure which is deemed a failure if the baby survives, and a success if the baby’s life is ended”.

“This day last year the Regulation of Termination of Pregnancy Bill was first read in the Dáil. Over the weeks and months that ensued the government voted against some very humane amendments tabled by pro-life politicians. An amendment seeking to ensure that the unborn be granted pain relief prior to late term abortion was defeated. These zones are not ‘safe zones’ for the human beings, no different to us but in size, whose lives are being ended within these zones.”

“Historically, many human rights injustices have been exposed by students. I represent a group which has pro life student groups in many universities across the country. We are currently engaged in work to help women experiencing crisis pregnancies, women who have been failed by this government. It is my generation who will over-turn this law in my lifetime, and we shall continue to fight until we have secured a more welcoming society for mothers and babies, and laws which protect both”