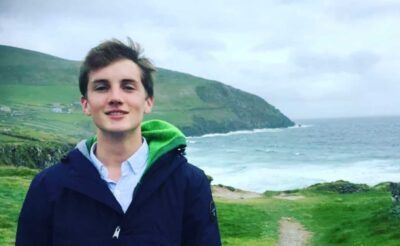 “Now more than ever we need to up our efforts to protect life””If your experience was anything like mine, you’ll remember the heartache, like a punch in the gut, on the morning of May 26th 2018 – the day after the referendum – when it became apparent that the right to life was going to be stripped from unborn children in this country. It was difficult to watch the scenes of celebration in Dublin Castle when the result was revealed, especially while we grieved the loss of a constitutional provision which we knew had saved hundreds of thousands of lives in the 35 years of its existence.

But we cannot throw in the towel and we must continue to speak out. In the first year after the Bill was signed into law over 6,000 abortions took place in our country. A shocking statistic. The pandemic and the reaction to it from the government, have shown little respect for the most vulnerable in our society and little respect or compassion to pregnant women and their partners. One of the first moves at the start of the pandemic was to introduce ‘DIY abortions’. The point was made by a pro-choice TD that pregnant woment were struggling during lockdown, and her solution was to offer these women abortion pills in the post. It appears that increasing the number of abortions taking place has become the sole aim and obsession of some politicians and campaigners – we saw this also on the anniversary of the referendum with multiple campaigners calling for the abolition of the three day wait period. More used the opportunity to attack pro-life people’s attempts to legislate for pain relief for the unborn prior to late term abortion.

The most extreme abortion campaigners are now holding the reins, but they do not have the support of the public – I have many friends who voted yes in 2018, and most of them are appalled at the fact that the government voted down an amendment seeking pain relief for the unborn. They’re disgusted that money originally ring fenced for the National Maternity Strategy has been spent on abortion. They are not comfortable with the fact we still have women and babies being discharged from maternity hospitals into homelessness. People are beginning to see how reasonable and compassionate the pro life message is. Now is the ideal time to rejoin the pro life student movement and get active once again – lives depend on us!”