Planned Parenthood were found profiting from the sale of fetal tissue and organs. Their then-President is in Trinity today getting applause, praise and awards – Gavin

Planned Parenthood were found profiting from the sale of fetal tissue and organs. Their then-President is in Trinity today getting applause, praise and awards – Gavin 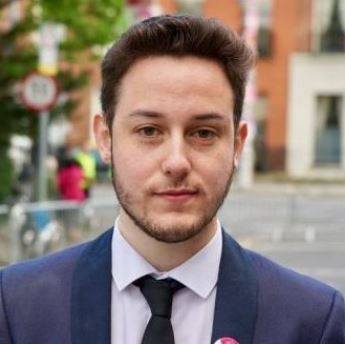 Gavin Boyne, a 21-year-old student in Trinity College Dublin, has expressed his disappointment that a society in his University has seen fit to award Cecile Richards, the former President of Planned Parenthood today:

“I’m an atheist. I see the abortion debate as a human rights issue. I voted No on May 25th because my life was one of the 100,000 lives saved by the 8th Amendment.
I think it is deeply worrying that the university I attend sees fit to welcome and award the former President of Planned Parenthood Federation of America, especially given that a few years ago undercover investigators recorded and published videos which showed that Planned Parenthood were profiting from the sale of fetal tissue and organs”, he said.

“The videos sparked an investigation by the US House Committee on Energy and Commerce. That committee published a report in 2016 which recommended that Planned Parenthood be defunded”.

Gavin said that the content of those videos was very frightening and that he wished to “encourage others to look the videos up on YouTube”.

“Some of the things which Planned Parenthood were recorded saying include ‘I think the ‘per-item’ way works better because we can see how much we can get out of it’ and ‘a lot of people want intact hearts’ and ‘as many intact livers as possible.’

“In one of the videos a Planned Parenthood employee goes into explicate detail on how to kill the unborn baby in such a way as to preserve the organs.

“Selling human body parts is a felony in the US. At the time that this footage was recorded, Cecile Richards was the President of Planned Parenthood. And she’s in Trinity today getting applause, praise and awards.

“As someone whose life was saved from abortion, by the 8th amendment, I’m very upset at this development.”