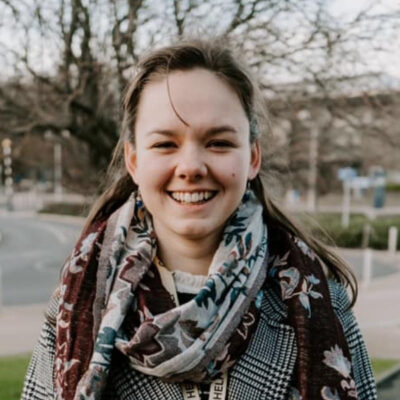 Students for Life Ireland have today confirmed their opposition to the euthanasia Bill currently before the Dáil.

Spokesperson for the group, Clara Terren Hogan, a Medical Student in NUI Galway, said: “An Amarach Research Opinion poll commissioned by RTE’s Claire Byrne Show last year revealed that those aged between 18 and 24 years are the group most opposed to legalised euthanasia, with only 48% indicating they are in favour of assisted suicide. On the other hand euthanasia is supported by 60% of 25 to 34 year-olds. I wonder if this is because younger people are more likely to have a living grandparent and if this variable influences their views on euthanasia?”

Ms Terren Hogan continued: “There is widespread opposition to this bill from those in the medical profession, with both the Association for Palliative Medicine of Great Britain and Ireland and the Irish Palliative Medicine Consultants Association coming out against the Bill. The reason we are opposing this bill is because we’ve listened to and read all the evidence – it is well documented that in countries where euthanasia is legalised the vulnerable, the elderly and people who have disabilities can feel immense pressure to end their own lives – feelings that they are a burden on society and their families. Shockingly in California where assisted suicide is legal, health insurance companies will cover the costs associated with euthanasia but not the cost of chemotherapy”.

“Legalising euthanasia, especially in light of the scandalous situation in nursing homes at the start of the pandemic, would by a hugely regressive move. We should be promoting a message of inclusivity, compassion and equality – working to create an Ireland where everyone feels welcome and where nobody is left feeling as though they are a burden on society. As a medical student, I want to save lives, to protect lives and care for people with love and compassion when they are at their most vulnerable. If euthanasia was legalised, people like me would be expected to end the lives of our patients. Students for Life Ireland wish to encourage everyone to contact their local TDs and encourage them to oppose the Bill at the debate this evening”, concluded Ms Terren Hogan.