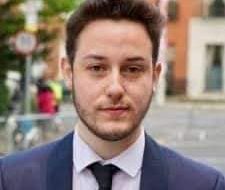 Students for Life Ireland have claimed that the figures released today by the Department of Health show that repealing the eighth amendment was merely a ‘box-ticking exercise’ by the outgoing government.
Spokesperson for the group, 22 year old Gavin Boyne from Ringsend, a student of Philosophy in Trinity College Dublin said: “Before the repeal of the eighth amendment we saw a clear trend in that the numbers of women travelling abroad for abortions was consistently decreasing year on year. In 2018 2,879 Irish women had abortion in the UK. Today’s figures show that 6,666 abortions took place in Ireland last year, with a further 375 Irish abortions occurring in the UK. We were told repeatedly by pro choice campaigners and politicians during the referendum campaign that legalising abortion would reduce the number of abortions taking place. Indeed one politician who has since lost her seat told us that to suggest otherwise was “deeply insulting”. These figures today don’t lie, and they paint a deeply sad picture of a government that has failed women”.
Mr Boyne continued: “repealing the eighth amendment was merely a box-ticking exercise by the outgoing government – in an attempt to paint a picture which suggested that they were the champions of equality and women’s rights. But under the same government, and in the same time period, “there was an almost four-fold increase in family homelessness … with an increase of 437% in the number of homeless dependent children”, according to a report published a few months ago by the Royal College of Physicians in Ireland. We are all fully aware that the vast majority of abortions are sought for socio-economic reasons – these are what make a pregnancy a crisis pregnancy. Instead of addressing the crisis in a pregnancy and removing it, the government has hoisted an extreme abortion law upon women and offered that up as the only ‘support’. This is a betrayal of vulnerable women. The situation in Ireland over the past few years can be summed up as follows – the government stripped the most vulnerable of their basic human rights, then the vulnerable suffered, the vulnerable were left behind and the vulnerable died”.
“My own life was saved by the eighth amendment in 1998 and I was born to a sixteen year old mother. Students for Life Ireland remain committed to working towards reducing this shocking figure. Abortion is not the answer to the problems of this country. We must work now to protect all our citizens, born and unborn and to create a more welcoming, more compassionate and loving society for women and their babies”, concluded Mr Boyne.
ENDS
Read more