Today We Celebrate International Women’s Day. At Students For Life Ireland Our Mission Is To Make Society A More Welcoming Place For Women And Babies – Alexandria

Today We Celebrate International Women’s Day. At Students For Life Ireland Our Mission Is To Make Society A More Welcoming Place For Women And Babies – Alexandria 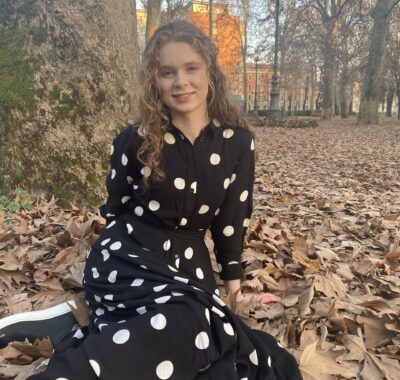 “Today we celebrate International Women’s Day. At Students For Life Ireland our mission is to make society a more welcoming place for women and babies. While the past century has brought huge opportunities for women and girls, and we cannot deny that huge strides have been made towards equality, we must reflect on the areas that need improving. One in three girls are missing globally due to infanticide and sex-selective abortion. In India alone there are 46 million missing females.

While Micheál Martin, Stephen Donnelly, Simon Harris and Leo Varadkar and other abortion-supporters may present themselves as being pro-woman, we need only to look at various statistics to watch the illusion shatter. Ireland has the highest rate of suicide among female children above all other countries in the European Union. The percentage of homeless people who are female is higher in Ireland than in most other European Countries. Indeed, the number of women being discharged from maternity wards into homelessness with their newborns is a source of national shame. The burden of rectifying this problem seems to constantly fall to pro-life volunteers who provide support to pregnant women and new mums, or to the likes of Br Kevin from the Capuchin Day Centre in Dublin, in front of whom women with babies in buggies queue for nappies and baby food each week.

Today, while we’re celebrating International Women’s Day, the national conversation, carried in all newspapers this week, is whether or not an Irish government Minister should resign because she is pregnant. The fact that there is even a debate about this is itself an indication of how pregnant women are treated in this country. Nobody should ever have to choose between the life of their child and their career or education.

We have a tendency, in modern times, to focus on the lives of influential or powerful women – famous women. But there are many women who barely get a mention but who are really the heroes who should be celebrated on this day – my mother, for example, who chose life for me and my four siblings and then raised us by herself. She is my hero.

I have a message for those reading this, particularly young pro-life people; I want you to help me build a better Ireland, one which values all of its children equally, one which empowers women, one which celebrates, protects and cherishes all life from the moment of conception until natural death. Let this be our goal”  – Alexandria, Students fro Life Ireland