Why my referendum devastation turned to determination – Críostíona

Why my referendum devastation turned to determination – Críostíona 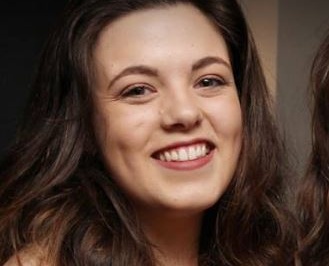 Hearing the results of the referendum was devastating. There is no doubt about that. I’ve been involved with the pro-life movement in whatever way I could be since I was twelve years old and the idea of losing our identity as a pro-life nation was heart-breaking.

But here’s the strange thing – within minutes, that devastation turned to determination. I had been certain that my reaction would be one of despair for weeks on end, wanting only to curl up in a ball and cry for months. Instead, I realised that while we had come to the end of an era, this was only beginning. This is not the end because as we repeated time and time again, from doorstep to doorstep during the campaign – this is about women, it’s about their children and it’s about their lives.

Furthermore, while we might have lost the referendum, there are so many things we gained in the wake of its results.

Firstly, we know where we stand.

I can’t speak for everyone, but I know that personally I was thinking in a bubble. I hoped to the point of belief that all my friends thought like me, that all my relatives had read the same articles I had and that all the arguments I had given them had convinced. This was not the case and now that I am seeing that with open eyes I can pinpoint exactly were I need to focus my attention.

This is true across all divisions be it age, gender or faith. There is nothing like change to push people together, to wake people up, and that’s what this referendum did for us. When I attended the last rally before the referendum, I was overjoyed at the amount of faces I didn’t recognise. That might sound strange, but I knew it meant that the pro-life movement was growing, and is growing faster than we ever could have imagined.

Not that it wasn’t before, but now instead of trying to explain figures and comparisons from other countries, we can simply point to the local hospital or GP clinic. Those figures now have faces and places because they are not a plane journey away, they are in everyone’s town and village.

There is a time for mourning, but we need to persevere and be even stronger than before. This battle was never about laws and amendments. It was about people, women and their children who needed our help and love and support.

I am heart-broken. We all are. But we need to remember that it wasn’t the 8th Amendment that we were striving to protect, it was real and tangible lives and they need us now more than ever.